When it comes to coal-fired power plants, we can all agree that they’re not economically sustainable and transitioning away from them is imperative. The San Juan Generating Station and San Juan Mine complex is one of the largest polluters in America.

The plant is located in northwestern New Mexico in a small unincorporated community called Waterflow which is a part of San Juan County. It is the main source of pollution in the Four Corners region (Utah, Arizona, Colorado, and New Mexico). It has spewed pollutants such as lead, mercury, boron, nitrous oxides, and sulfur oxide for more than forty years. It’s devastating to imagine the impact these toxins have had on the environment and the people living in surrounding areas for so many years. New Mexican’s have to deal with the bulk of this pollution.

San Juan provides electricity to two million customers in the Southwest and West. There are 500,000 New Mexican’s who rely on this plant for their electricity. After profiting from the burning and mining of coal for decades, San Juan’s time is eventually coming to an end.

PNM Utility Company, the State of New Mexico, and other parties such as the Sierra Club agreed on a plan to close two of the four units at SJGS by the end of December 2017. These units will be replaced with 134 megawatts of carbon free nuclear energy, 40 megawatts of solar energy, and 177 megawatts of natural gas so far have been determined. Wind power will also contribute to the replacement but is yet to be decided how much.

Water is certainly a precious resource in the state of New Mexico. The average PNM Utility Company customer uses 600 kilowatt hours of electricity a month, which requires about 300 gallons of water to produce their electricity. The San Juan Generating Station uses a significant amount of water for many things especially cooling. With the closing of the two units in December 2017, there will also be a 50% reduction in water usage at the plant.

After a recent analysis of the plant, there are potential plans to close the remaining two coal-fired units by 2022. No permanent decisions have been made yet.

In 2012 the EPA told San Juan’s owners to reduce their amount of air toxins because it was blocking views of national parks such as the Grand Canyon. A Clean Air Act had been proposed and plans to move away from coal was beginning to happen.

This transition will inevitably open the door for so much more renewable energy investments. If you live in New Mexico, you realize the incredible potential for solar and wind power. Renewable energy is clean, reliable, healthy, and costs less than coal production.

With the closing of a large coal-fired power plant, there are definitely consequences. Fortunately there will be long-term benefits for customers who utilize renewable energy, but the plant’s workers will naturally lose jobs.The San Juan owners will have to create a plan that supports the workers and a viable transition from the loss of jobs. The anticipation is for renewable energy jobs to become the replacement.

How do we ensure an earlier closing of San Juan Generating Station than 2022?

Taking action is what will expedite this closure, but also educating those around you who are not informed on the topic will also heavily influence the outcome.

With the help of the New Mexican people, we can push for an alternative that creates an abundance of renewable energy jobs, clean air to breathe, and many ways for our environment to benefit. We must think about how we can support the families and workers who have dedicated their lives to keeping our lights on and who have lived in such extremely polluted areas.

Register with San Juan Citizens Alliance to learn when the government is taking public comment. The Alliance will assist you with what you might consider saying and also how to submit your thoughts. Visit www.sanjuancitizens.org/SJGS and take action now! 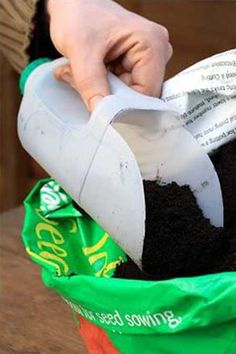 12. DIY garden scoop or mini greenhouse from a milk jug. 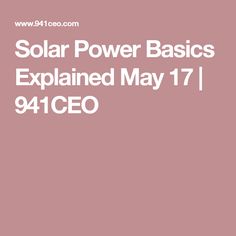 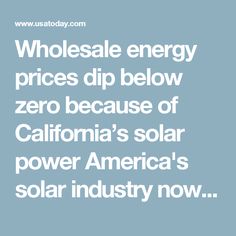 Wholesale energy prices dip below zero because of California’s solar power America's solar industry now employs more than a quarter of a million people after a breakneck year that saw employment grow by a record 25%. That growth is expected to continue into 2017 as low-cost solar panels nudge coal and natural gas out of the electricity marketplace. 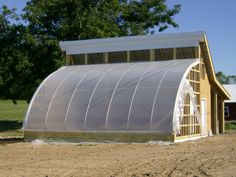